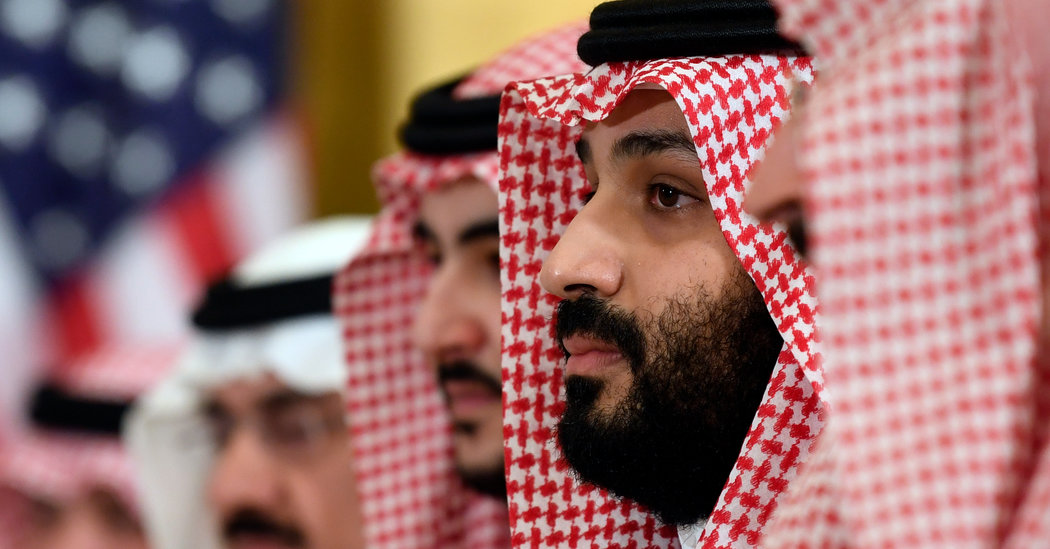 Twitter said on Friday that it had removed or suspended thousands of accounts with ties to governments in the Middle East, including the account of Saud el-Qahtani, a former close adviser to Crown Prince Mohammed bin Salman of Saudi Arabia.

Twitter said it suspended Mr. Qahtani’s account because of “violations of our platform manipulation policies.” The company declined to provide more details, but said in a blog post that it took down 5,000 other accounts for what it described as inauthentic behavior or spamming.

Mr. Qahtani has been linked to the murder of The Washington Post columnist Jamal Khashoggi. He had been described as a close friend and adviser of Prince Mohammed, but Saudi state media reported several weeks after Mr. Khashoggi’s death that he had been dismissed from his post.

Mr. Qahtani’s suspension may have meant Twitter found evidence that the former Saudi adviser was directing an operation aimed at critics of the kingdom’s leaders, said Alex Stamos, director of Stanford University’s Internet Observatory and the former chief security officer for Facebook.

The New York Times reported in October that hundreds of people worked at a so-called troll farm in Riyadh, Saudi Arabia. Mr. Qahtani was the strategist behind the operation, according to United States and Saudi officials, as well as activist organizations.

A spokesman for the Saudi Arabian embassy in the United States did not immediately respond to a request for comment.

On Friday, Facebook also announced that it took down 65 Facebook accounts and 35 Instagram accounts that were part of a network involved in coordinated inauthentic behavior in Spain.

“We will continue reviewing activity on our platforms and if we find any violating coordinated inauthentic behavior we will take action and share it publicly,” said Rita Zolotova, a Facebook spokeswoman.

“What we’ve seen is coordinated takedowns from Facebook and Twitter because of sharing information with each other,” Mr. Stamos said.

Twitter said it was also suspending six accounts with connections to Saudi state media that “presented themselves as independent journalistic outlets while tweeting narratives favorable to the Saudi government.”

In addition, Twitter suspended a separate network of 267 accounts connected to the United Arab Emirates and Egypt. The accounts were operated by a private company called DotDev, and the information operation focused on Qatar and Iran, according to Twitter.

The social media company said it suspended 4,258 inauthentic accounts operating from the U.A.E. that tweeted about subjects like the Yemeni civil war, 259 accounts connected to a political party in Spain and that falsely bolstered public sentiment and 1,019 accounts in Ecuador with links to a local political party that amplified tweets and hashtags about President Lenín Moreno’s administration.

Last month, Twitter revealed details about a state-sponsored coordinated disinformation campaign from China. It also suspended 200,000 other accounts that it said were connected to the Chinese operation but not yet very active. Facebook and YouTube quickly followed suit. All three platforms are blocked in mainland China but not in Hong Kong.

Twitter has released detailed, archived information about the accounts it has been taking down. It is the only company among major tech outfits “sharing this kind of data,” said Nick Monaco, a researcher who studies disinformation at the Digital Intelligence Lab at the Institute for the Future. “This disclosure helps the public to gain a better understanding of how online disinformation is evolving.”