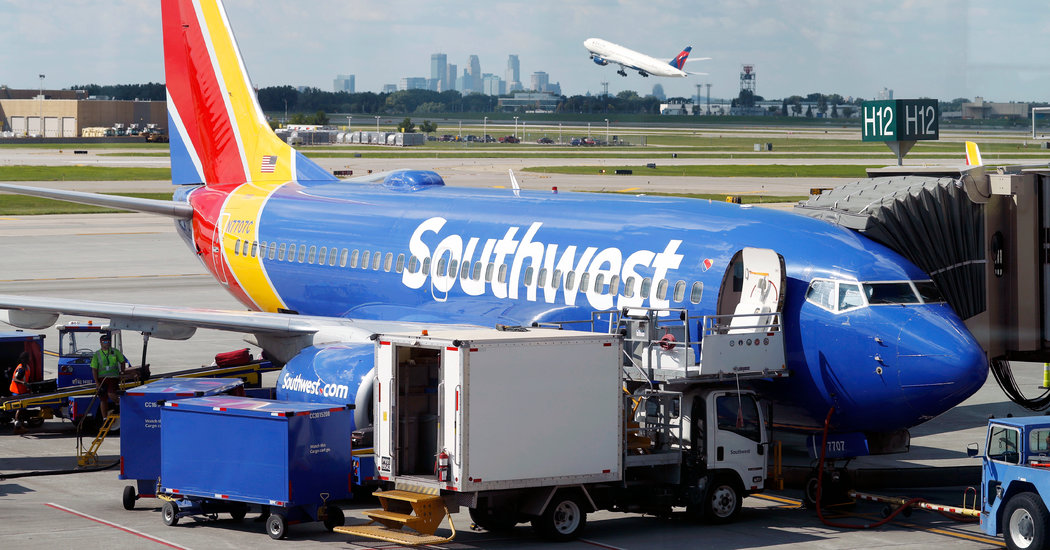 Southwest Airlines said Monday it would speed up inspections on 38 airplanes it bought from foreign air carriers after regulators threatened to ground the jets because they might not meet federal aviation safety requirements.

The inspections will be completed by Jan. 31, five months sooner than planned, according to documents released Monday by the Senate Commerce Committee.

The planes are among 88 used Boeing 737 aircraft that Southwest bought from 2013 to 2017 from 16 foreign carriers. The speedier checks come after inspections of some of the used planes turned up previously undisclosed repairs and incorrectly completed fixes. Southwest used multiple contractors to conduct reviews of the planes’ maintenance records when it bought the planes.

Southwest sought to play down the inspections. “Our actions did not stem from any suspected safety concerns with the aircraft but were an effort to reconcile and validate records and previous repairs,” the airline said in a statement.

Southwest agreed in 2018 to conduct a complete physical inspection on each of the aircraft over a two-year period, with a completion date of July 2020, after a Federal Aviation Administration safety inspector discovered discrepancies in records for some of the aircraft.

The F.A.A. inspector’s scrutiny prompted a full records review by Southwest of all of the 88 aircraft, which found 360 major repairs previously unknown to the airline because they were not disclosed in the contractors’ initial review, the Senate Commerce Committee said in its statement.

Since then, Southwest said it had completed the nose-to-tail inspection of 41 aircraft without any findings that suggested an “adverse impact on continued safe operation.”

But the Southwest inspections did turn up at least 30 previously unknown repairs and 42 major repairs that were found “not to meet F.A.A. airworthiness requirements,” according to an Oct. 24 memo from H. Clayton Foushee, director of the F.A.A. Audit and Evaluation Office, that was made public on Monday. Some required “immediate corrective action to bring the aircraft back into compliance.”

The F.A.A. sent a letter to Southwest on Oct. 29 seeking additional information about the unexamined planes. It also raised concerns about Southwest’s “slow pace in completing the evaluation of aircraft.”

Concerns about Southwest’s used planes correspond “to concerns that have been brought to my attention by whistle-blowers as part of my investigation into aviation safety,” Senator Roger Wicker, Republican of Mississippi and chairman of the commerce committee, said in an Oct. 30 letter to the F.A.A.

The committee said the F.A.A. allowed Southwest to continue to operate these aircraft and as a result, “Southwest Airlines appears to have operated aircraft in unknown airworthiness conditions for thousands of flights.”

The F.A.A. said Monday that after receiving Southwest’s response, it determined the airline had “met the requirements for immediate inspection and risk assessments on these aircraft.”