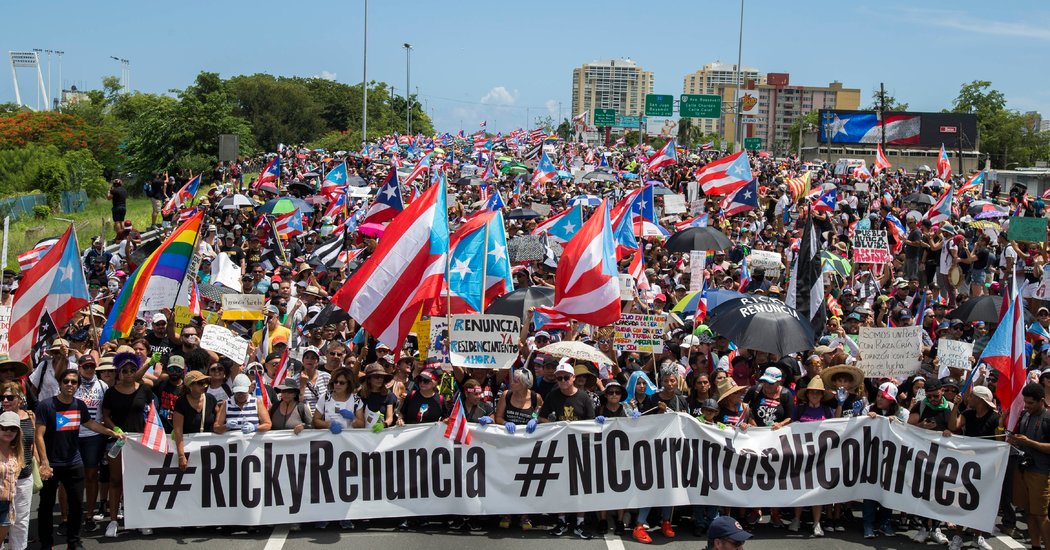 Puerto Rico is facing a major political crisis as tens of thousands demand the resignation of its governor, Ricardo A. Rosselló. Protesters filled miles of a major highway on Monday in San Juan, joining a massive demonstration against Mr. Rosselló, who is resisting calls to resign.

Protests against Mr. Rosselló began last week after 889 pages of scandalous messages among the governor and his aides were published. Puerto Ricans, already suffering under economic austerity measures and the aftermath of Hurricane Maria in 2017, took to the streets.

The protests come after decades of complaints of mismanagement leveled at the island’s leaders. We want to hear from Puerto Ricans. How have austerity measures, years of recession and government corruption affected you and your family?

A note to readers who are not subscribers: This article from the Reader Center does not count toward your monthly free article limit.

Follow the @ReaderCenter on Twitter for more coverage highlighting your perspectives and experiences and for insight into how we work.