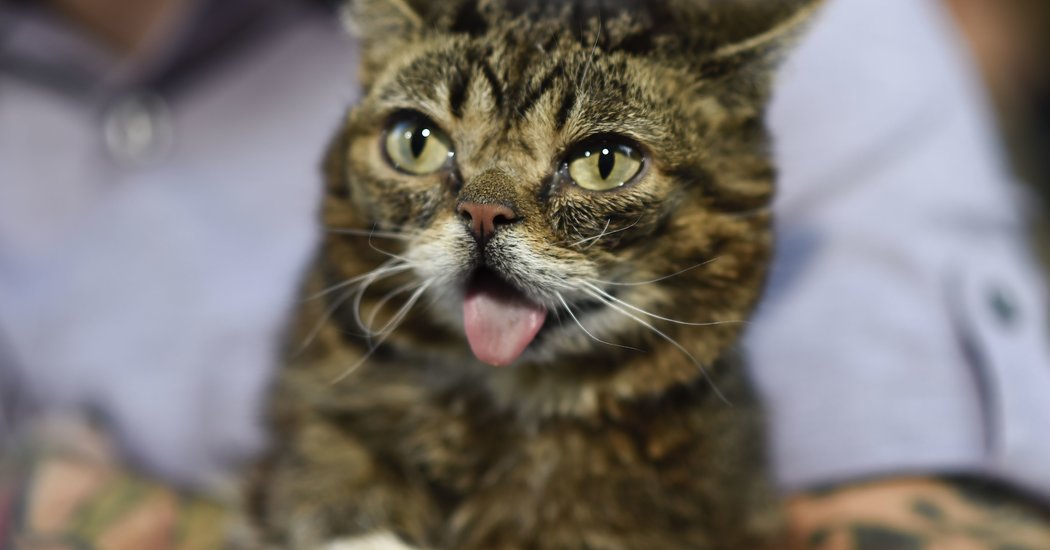 Lil Bub, the perma-kitten whose droopy tongue and eyes that could vacuum in your soul made her one of the internet’s most beloved feline celebrities, has died, her owner said on Monday. She was 8.

Her unexpected death on Sunday, resulting from a bone infection, led a vast collection of fans to mourn her as if she were their own, having spent years awwing at her face. With millions of followers on social media, and a mini-empire of commercial appearances elsewhere, Lil Bub was, to many, as familiar as the kitten next door.

“Dearest BUB, I will never forget your generosity, your limitless supply of love, or your uncanny ability to bring so much magic and joy to the world,” her owner, Mike Bridavsky, said on Instagram.

Cats have long been central to the lore of the internet, but Lil Bub, whose image first appeared on Reddit in 2011, was among the first felines to stand out from the crowd and become a star. Another pioneer of the category, Grumpy Cat, died in May after complications from a urinary tract infection.

They and other adorable animals brought rise to the now-ubiquitous trend of pet-dedicated social media accounts, a hobby to many but a bustling business to a select few. Such animal celebrities have risen from mere internet ephemera into an everyday presence in strangers’ lives, even if mostly in digital form.

Lil Bub’s celebrity expanded beyond the internet into other media and the physical world. Mr. Bridavsky turned the cat’s face into a merchandise line, and she was the subject of “Lil Bub & Friendz,” a documentary that made her a celebrity at the Tribeca Film Festival in 2013. He started a national fund for special needs pets, and said Lil Bub had helped raise more than $700,000 for animal organizations.

Lil Bub was the runt of a feral litter, and needed special care when she was taken in as a rescue, according to her biography. She suffered from feline dwarfism, never growing past her size as a kitten, and had a variety of other genetic anomalies, including disproportionately short limbs, an uneven jaw, and an extra toe on each of her paws. Her tongue drooped because her teeth never grew in.

When she was 1 year old, she received a diagnosis of osteopetrosis, a rare bone condition that made her almost completely immobile. But her internet fame allowed her owners to discover new treatments, and in her final years she was able to run and jump onto the couch.

Her death, in her sleep, came “abruptly without warning,” Mr. Bridavsky wrote on Instagram. She spent her last night “cheerful and full of love laying in our bed with us.”

“Please visit all of us in our dreams,” he said.