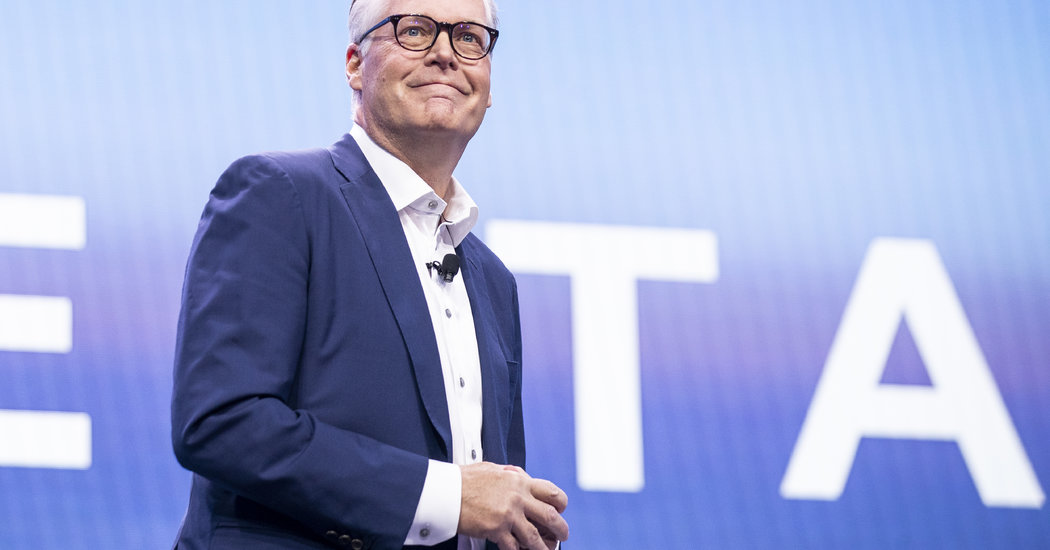 Good morning. We quantified the extent of Tesla’s legal troubles, so you don’t have to. (Was this email forwarded to you? Sign up here.)

How Delta will cut its carbon footprint

Ed Bastian, Delta Air Lines’ C.E.O., will announce this morning an ambitious plan to become the first U.S. airline to go carbon neutral. The company pledges to spend at least $1 billion over the next decade to buy emission offsets and invest in more efficient planes, new fuel sources and carbon-capture technologies.

The bulk of its money is most likely going toward offsets, because the industry will be reliant on fossil fuels for the foreseeable future. (After all, Elon Musk hasn’t proposed building electric planes just yet.)

Andrew’s take: This is a huge step that will probably generate public good will for Delta and put pressure on other airlines, many of which probably can’t afford similar programs. But the sustainability of buying offsets for a decade is an open question. Also, what constitutes an offset and how to measure and meaningfully track their progress will be a challenge. And what happens when the economy sags, or Mr. Bastian is no longer C.E.O.? Will the program survive?

Some background reading: Air travel accounts for only about 2.5 percent of global carbon emissions, but forecasts suggest that the industry’s greenhouse-gas output will triple by 2050.

‘It doesn’t make sense to raise money’ (until it does)

There are no half-measures with Elon Musk. Yesterday proved that yet again, when Tesla released a big batch of news, with something for everyone.

The electric carmaker is selling $2 billion worth of stock, just two weeks after Mr. Musk told investors it “doesn’t make sense” to raise more money. Given the rapid run-up in its share price — the stock has more than doubled so far this year — it seems silly not to take advantage, especially since the company also plans to at least double its capex spending this year.

But Tesla also disclosed a new S.E.C. investigation into its “regular financing arrangements.” At the same time, it announced the end of a 2017 inquiry by the S.E.C. into production estimates that it had made for the Model 3 sedan.

Convoluted legal entanglements are the new normal for Mr. Musk’s company, judging by the space Tesla takes to explain them in its annual reports:

How to build a socially conscious investment portfolio

Where to begin? The NYT’s Ron Lieber put together a primer on how to invest more responsibly, or sustainably, or whatever the latest pitch is from the burgeoning E.S.G. investment industry. (E.S.G. stands for Environmental, Social and Governance, for the uninitiated.)

This is a lot to take in, but there’s no need to move your entire net worth all at once. Start small, maybe with your workplace 401(k), before you tackle any other accounts.

And if the fluid definition of E.S.G. starts to make you feel paralyzed or even cynical, like this is all just so much green-washed pablum, that’s understandable. There is no perfect company, and every fund manager must make trade-offs.

Speaking of fund managers, a new report by Morningstar examined the E.S.G. voting records of large fund groups over the past five years. Among the most supportive of such resolutions were DWS, Blackstone and Pimco; among the least were DFA, Vanguard and BlackRock. (What gives, Larry?)

Bezos scores a win over Trump in the cloud court fight

A federal judge temporarily blocked Microsoft from working on a $10 billion cloud-computing contract for the Pentagon, handing a victory to Amazon, the runner-up in that competition.

• Judge Patricia Campbell-Smith of the Court of Federal Claims enjoined Microsoft from beginning work on the so-called JEDI contract, which was set to begin this month.

• Amazon had been the front-runner to win the contract, and claimed that it was blackballed by President Trump.

• “The decision adds to the acrimony surrounding the lucrative deal, which was a major prize in the technology industry,” Kate Conger of the NYT writes.

The big question is what Amazon showed the judge to win that stay. Judge Campbell-Smith’s opinion is sealed, so we don’t know — and may not for a while, if ever.

Emails were said to spur inquiry into Barclays’s chief

British financial regulators opened an investigation into what Jes Staley, Barclays’s C.E.O., disclosed about his ties to Jeffrey Epstein thanks to an unexpected source: emails supplied by JPMorgan Chase. The FT pieced it together, citing unnamed sources:

The emails between the two men — dating back to Mr. Staley’s time as an executive at JPMorgan when Epstein was a client of the bank — suggested their relationship was friendlier than claimed by Mr. Staley, who had categorised the association as professional, according to three people familiar with the matter.

The cache was provided by JPMorgan to U.S. regulators, who passed it to their counterparts in the U.K., the people added. Epstein was until 2013 a key client of JPMorgan’s private bank, which Mr. Staley used to run.

The FT’s Lex column is pessimistic about Mr. Staley’s odds of survival: “The Barclays board, led by chairman Nigel Higgins, has stated Mr. Staley ‘retains the full confidence of the board.’ Whatever that sounds like to an American, in Europe that usually means the opposite.”

Sorry, New Yorkers: The fight over Global Entry isn’t over

The context: The Department of Homeland Security closed access to Trusted Traveler programs, including Global Entry, after New York passed a law that blocks federal immigration agencies from viewing the state’s D.M.V. records.

What happened: Mr. Cuomo offered to let federal agencies access only the D.M.V. records of applicants for Trusted Traveler programs. No dice.

The fallout: New Yorkers — including many DealBook readers who have complained to us — won’t be able to renew their Global Entry status.

Hope Hicks has stepped down as chief communications officer at Fox to rejoin the White House as a counselor to President Trump.

Yelp has hired David Schwarzbach from Optimizely as its new C.F.O.

Jimmy Asci, who was WeWork’s head of global communications until last fall, has returned to the P.R. consultancy Teneo as a senior managing director.

UBS has formally begun the search for a successor to its C.E.O., Sergio Ermotti.

• McClatchy, the publisher of newspapers like The Miami Herald, filed for bankruptcy protection. (NYT)

• New rules for reviewing foreign investment in U.S. companies include taking the privacy of American citizens into account. (WSJ)

• T. Rowe Price admits its investment in WeWork was a “debacle.” (FT)

• Judy Shelton, one of President Trump’s nominees for the Fed’s board, got a bipartisan grilling in the Senate. (NYT)

• Mike Bloomberg teams up with meme makers. What could go wrong? (NYT)

Best of the rest

• Why Iran’s stock market is soaring even as its economy suffers. (NYT)

• Your weekend long read: How one California public servant is trying to help solve the state’s housing crisis. (NYT)

Thanks for reading! We’ll see you next week.