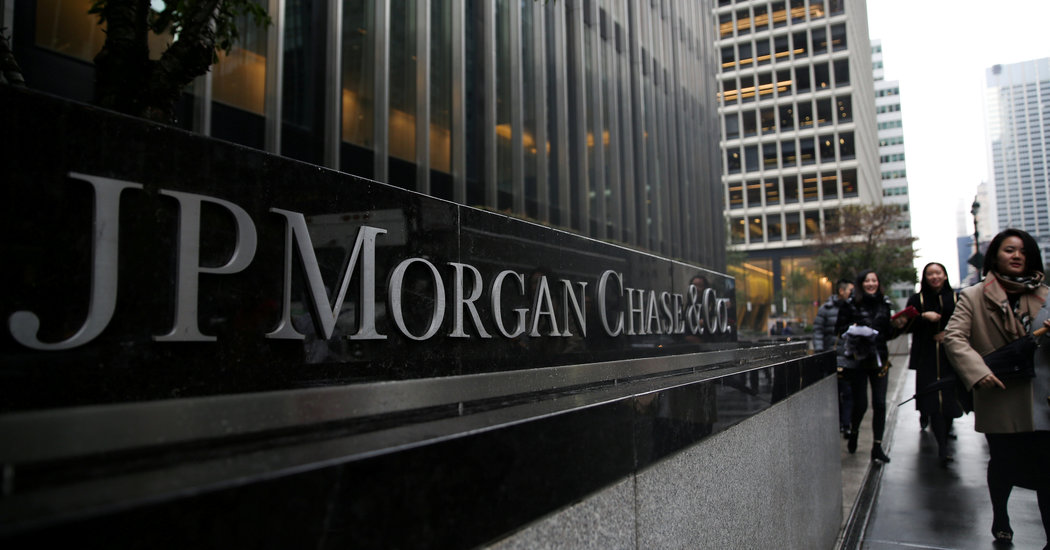 Last year was a tumultuous one for American farmers and manufacturers as President Trump squabbled with trading partners around the world. American banks, however, had a ball.

JPMorgan Chase, the country’s largest bank, reported record profits on Tuesday, and Citigroup posted its best results since before the 2008 financial crisis.

Chase earned $36.4 billion last year, up from $32.5 billion in 2018. During the final three months of last year, it earned $8.5 billion, also a record. Citi could not quite match that performance, but its $19.4 billion profit for 2019 beat the previous year, and its $5 billion result for the year’s final quarter surpassed the profit it earned in the same period in 2018.

One reason for their success: the 2019 turnaround in the financial markets. The end of 2018 seemed to portend a reckoning as investors fretted over the trade war and the Federal Reserve’s plans to drain cash from the financial system. But rate cuts by the Fed last year helped markets creep steadily to new highs.

JPMorgan’s fixed-income trading revenues, for example, were 86 percent higher than in the same quarter in 2018.

“The quarter was very strong on absolute terms,” JPMorgan’s chief financial officer, Jennifer Piepszak, said on a call to discuss the bank’s results with journalists.

Even Wells Fargo, which is still digging itself out from a series of scandals that cost it billions of dollars and led to the departures of two successive chief executives, managed net income of $2.9 billion for the quarter. The bank announced it was setting aside another $1.5 billion to pay legal costs, and its new leader, Charles W. Scharf, warned that there was still “substantial” work to be done to get things back on track.

Wells Fargo has been operating under strict growth prohibitions imposed by its regulators since early 2018. Its former chief executive, Timothy Sloan, spent months assuring investors that the restrictions would be lifted quickly. Mr. Scharf appeared far more cautious on Tuesday. “I’m not sure that any of these public issues will be closed this year,” he said on a call with analysts.

Despite its problems, however, Wells Fargo distributed $9 billion to shareholders through dividends and share buybacks last year.

The country’s largest banks have been delivering banner earnings reports for several years now. Tax cuts, cheap money from the Fed and strength among American consumers have all helped them make their Olympian results status quo.

And if the status quo works so well, why change it? That was JPMorgan Chief Executive Jamie Dimon’s attitude on Tuesday when a journalist asked him about the timeline for his retirement. The bank had announced in January 2018 that Mr. Dimon expected to be in the job for five more years.

Was Mr. Dimon still planning to retire in 2023?

“My statement stays the same. It’s five years,” Mr. Dimon said curtly. The announcement from two years ago was “not a set retirement date.”